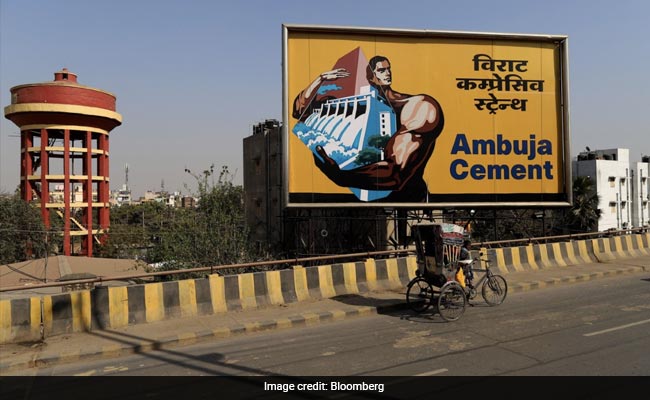 Adani Group has received regulatory approval for an open offer of nearly 311.6 billion rupees ($3.9 billion) to buy the remaining shares of two Indian cement companies, following the decision by Holcim Ltd. in May to sell its majority stake to the conglomerate.

The group, led by Asia’s richest person, Gautam Adani, has offered to buy 26% of Ambuja Cements Ltd. for Rs 385 per share and the same stake for Rs 2,300 per share of ACC Ltd., according to two exchange documents filed Friday by ICICI Securities Ltd. and Deutsche Bank AG, which advise Adani.

The open bid for the two cement companies will run from August 26 to September 9, according to the documents.

Bloomberg reported Earlier today, the power port conglomerate received a nod from the Securities & Exchange Board of India for the open bid citing people familiar with the development.

Shares of Ambuja and ACC pared gains on Friday after the Bloomberg story was published. They then recovered ground to end the day up 2.7% and 1.2% respectively.

Indian stock market rules state that the acquisition of 25% or more of the shares of a local listed company will trigger a mandatory open offer where minority shareholders can choose to sell their stakes to the new investor at a pre-determined price.

Adani’s open offer price for Ambuja is 6% off Thursday’s closing price, while ACC’s is 1% off, according to data compiled by Bloomberg.

The Holcim transaction is expected to propel the Adani Group to become India’s second-largest cement producer virtually overnight in a highly fragmented and competitive market.

Holcim accepted in May sale its 63% stake in Mumbai-listed Ambuja Cements to the Adani Group, which then said it planned to spend around $10.5 billion on stake purchases and the open offer for Ambuja and related entities .

As part of the deal, Adani will inherit Ambuja’s majority stake in another publicly traded cement producer, ACC, and buy Holcim’s 4.5% working interest in the unit.

–With help from PR Sanjai and Dhwani Pandya.

Previous articleNigeria to load CBDC eNaira with more features, aims to onboard millions of unbanked people
Next articleHow Fantastic Beasts 4 Can Fix Its Worst Break In The Harry Potter Timeline

‘You’ Season 4 teaser: Professor Joe is an A+ creeper