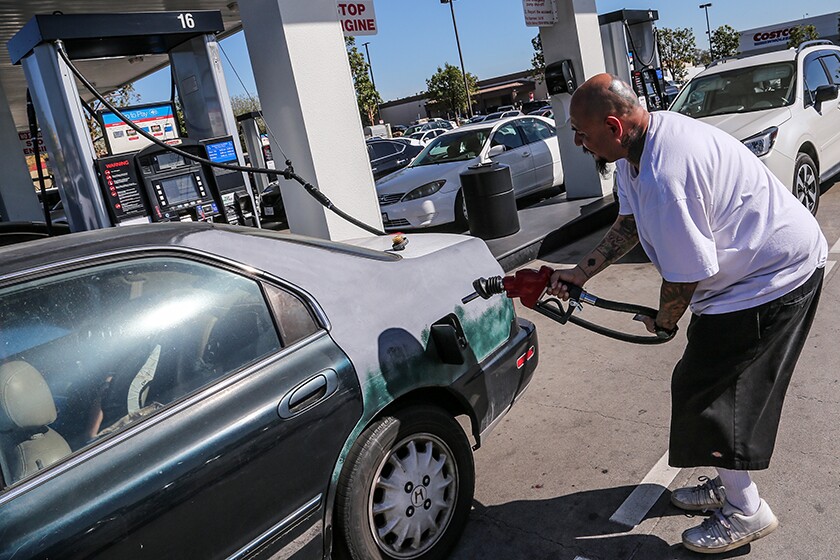 President Biden will ask Congress on Thursday to suspend the federal gas tax until September, a move that could cut 18 cents a gallon to help consumers battle record high prices at the pump, senior administration officials said.

The demand for the gas tax suspension comes as Biden and the Democrats face a tough midterm election season as Americans grapple with high fuel costs, soaring inflation and the fears of a recession. It is unclear whether Biden can persuade Republicans in the Senate to agree to the gas tax exemption. Republicans are unlikely to support Democratic gasoline tax exemptions, arguing that such measures are political theater that will do little to lower oil prices in the long term. They say the best way to reduce oil prices is to ease regulations and increase oil production in the United States.

The national median gasoline price set a record high last week, topping $5 a gallon, according to the American Automobile Association., although it has since fallen below that mark. On Monday, California had the highest average gas price of any state at $6.398 per gallon. Suspending the gasoline tax would reduce the cost of a gallon of diesel fuel by 24 cents.

Biden plans to ask lawmakers to make sure the suspension doesn’t harm the Highway Trust Fund, which is partially funded by the federal gas tax. The fund helps finance transportation projects.

Gasoline prices fell in 2020 as employees reduced travel and families limited leisure travel in response to COVID-19 restrictions. In response, oil-producing countries cut supplies even as the pandemic subsided and people returned to the office and hit the road on vacation.

The price rose further when the United States and its allies imposed harsh sanctions on Russia for its invasion of Ukraine. The sanctions have made it harder for Russia to sell its oil. Biden also has bans the import of Russian oiland last month, Europe announced he imposed a partial embargo on it.

In 2020, Russia was the world’s third largest oil producer, according to the US Energy Information Administration.

The president and his party have sought to blame Russian President Vladimir Putin for the price hike. They also criticized oil companies for engaging in what they described as price gouging.

“The president has promised and remains committed to doing everything he can to lessen the impact of this Putin price hike on the American people,” a senior administration official told reporters. “He believes that states, oil companies and retailers have a responsibility, at this unique time, to do their part to improve Putin’s price hike.”

“Joe Biden failed to solve any of the crises he created for the American people. From inflation, supply chain shortages and rising gas across the country – Biden failed” , said the Republican National Committee. tweeted tuesday.

The Associated Press contributed to this report.

“I Won’t Be A Ghost…”: Roger Federer On Life After Retirement, Says He’ll Stay Connected To Tennis