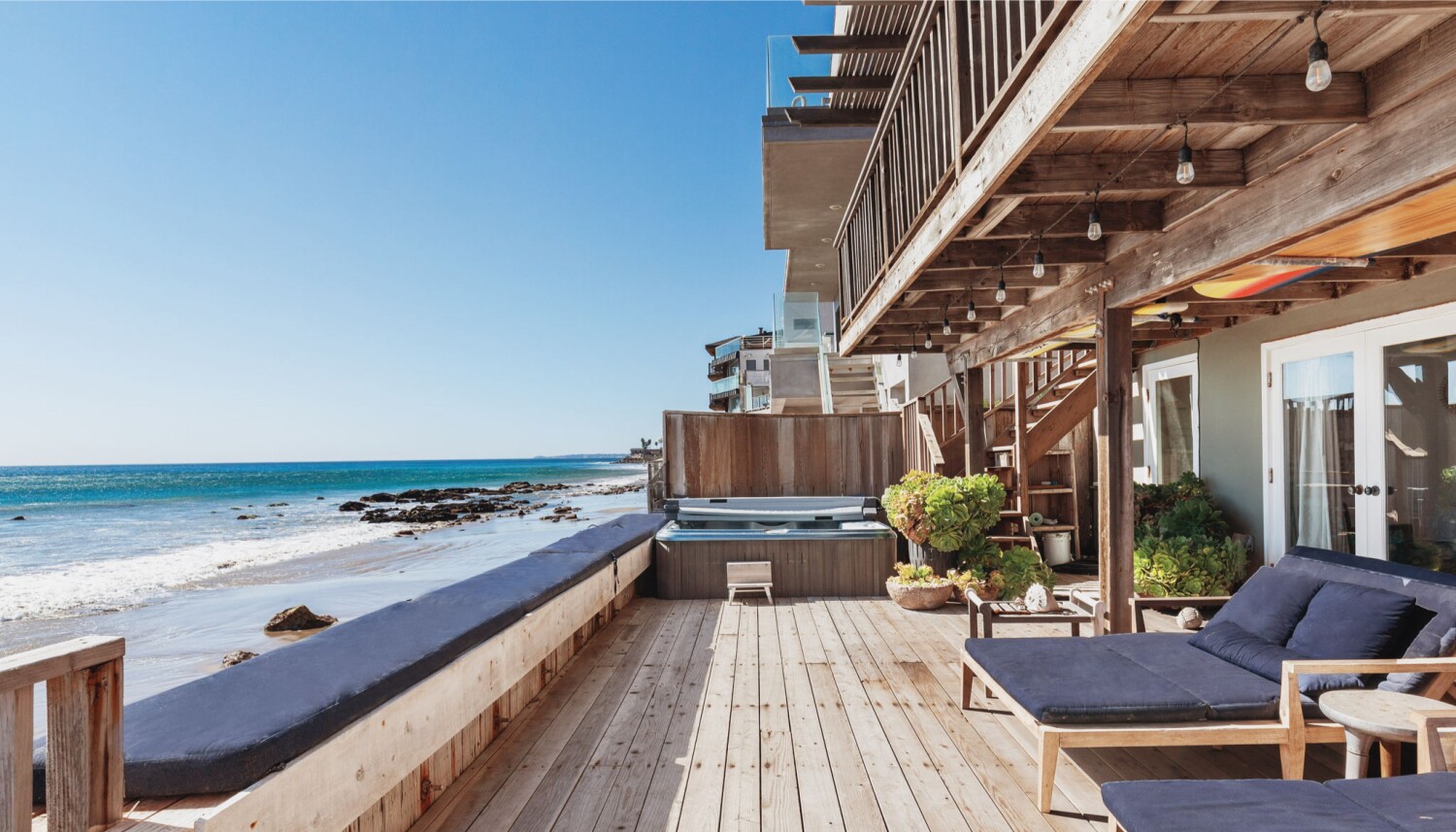 Finneas O’Connell – the Grammy-winning singer and producer best known for his collaborations with his younger sister, Billie Eilish – has sold his beach house on the sands of Malibu for $5.66 million.

The buyer, the Times confirmed, is Jennifer Smith, an editor who founded C Magazine and is president and editorial director of Santa Barbara Magazine.

It looks like O’Connell, who performs as Finneas, is staying inland. The 24-year-old bought a Spanish Colonial-style home in Los Feliz in 2019, and earlier this year snapped up the house next door to create a small compound.

The Malibu home comes with 42 feet of frontage on Las Flores Beach and enjoys the coastal setting from a pair of wooden decks. The top one includes two swing benches and the bottom one adds an outdoor shower and hot tub overlooking the ocean.

Inside, the turnkey cottage covers 1,250 square feet with three bedrooms and two bathrooms. Whitewashed beams hang above the common areas, which include a living room, dining room, and subway tile kitchen. In addition, there is a complete security system equipped with cameras.

Originally from Los Angeles, O’Connell wrote and produced music alongside her sister, pop star Billie Eilish, and won eight Grammy Awards in the process. They also won an Oscar for their 2020 James Bond theme song ‘No Time to Die’, and last year he released his debut studio album, titled ‘Optimist’.

Here are the top cases before the Supreme Court this fall