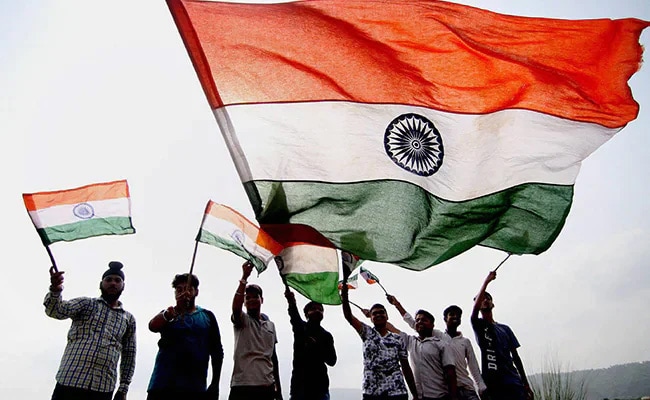 Capturing the milestones reached by India on its 75-year journey since independence, software giant Google on Friday unveiled a dynamic online project drawing on rich archives and featuring artistic illustrations to tell the country’s history.

Titled “India ki Udaan,” the Google Arts & Culture-executed project celebrates the country’s achievements and is themed “India’s unwavering and undying spirit over the past 75 years.” 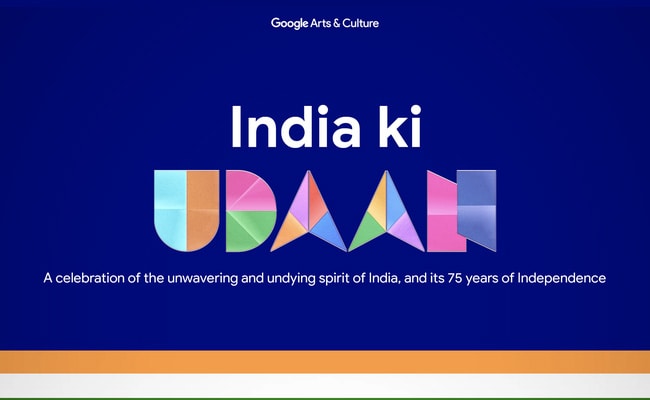 The project was officially launched at a scintillating event held at the Sunder nursery here attended by Union Culture and Tourism Minister G Kishan Reddy and senior officials from the Ministry of Culture and Google.

As part of the nationwide celebrations, Google also announced its collaboration with the Ministry of Culture focused “on producing informative online content that showcases the contributions of Indians and the evolution of culture. India since 1947 to support the government’s year-long ‘Azadi Ka Amrit Mahotsav’ program,” the search giant said in a statement.

He also announced that his popular Doodle4Google competition for 2022, themed “In the next 25 years, my India will be…”, is now open for entries for students in grades 1-10.

“The winner of this year’s Doodle4Google will see their artwork on Google India homepage on November 14th and win a Rs 5,000,000 college scholarship, Rs 2,000,000 technology package for their school/ non-profit organization, recognition of their achievements, Google gear, and fun Google collectibles.

Four group winners and 15 runners-up will also win exciting prizes,” he said in the statement.
Reddy, in his speech, urged the Google team to create a special “Har Ghar Tiranga” doodle that would encourage its employees and others to enthusiastically participate in the campaign.

In his speech, he also said that Google could help the Ministry of Culture digitally map the boundaries of its more than 3,000 centrally protected monuments, which will help better monitor the sites and control encroachments.

It can also help digitize rare archival material, he said.

“Therefore, we urge the Google team to be a partner in government’s transformative travel, while also promoting India’s tourist destinations,” Reddy said.

The government later issued a statement saying the event was a continuation of the decade-long partnership between the Ministry of Culture and Google. This joint venture was organized under the aegis of “Azadi ka Amrit Mahotsav”.

“India today is in the midst of digital revolution, data and disintermediation. The digital revolution coupled with the ease of doing business has enabled ordinary Indian citizens to enjoy faceless, presenceless and faceless services. species,” Mr. Reddy said in the statement.

“India has made data available to users at one of the lowest rates due to a proactive government policy that is ushering in competition in the telecom sector, and the disintermediation revolution has removed the middlemen, making Indian small businesses competitive and export-ready,” he said. .

Google’s statement said: “To mark 75 years of Indian independence, Google today announced the launch of a series of special initiatives across its products and services that will offer content and experiences created especially for the occasion to hundreds of millions of Indians across the anniversary year.”

The centerpiece of its celebrations is a new online collection titled “India Ki Udaan” available on the Google Arts & Culture website. The collection pays homage to India’s rich cultural history and includes iconic moments from the past 75 years for people to relive, experience and be inspired by.

Published in English and Hindi, it allows anyone to explore over 120 illustrations and 21 stories created by 10 talented artists, as well as exhibits from various institutions across India including Ministry of Tourism, Museum of art and photography, the heritage branch of Indian Railways. , Indian Academy of Sciences and Dastkari Haat Samiti.

“This initiative offers a unique insight into India’s remarkable moments and allows people to experience some of the most memorable moments in India’s modern history, its iconic personalities, its proudest scientific and sporting achievements and the how women in India continue to inspire the world. This commemorative collection will be expanded with a unique blend of archival and art for people in India and across the world,” he added.

Physical representations of the new digital collection have also been set up on the site, featuring a kite-shaped digital screen, images with an augmented reality experience and other technology-driven experiences.

In its 10th year in India, Google Arts & Culture showcased the richness of Indian culture in a number of ways. Working with over 100 partners in India, he has brought India’s cultural heritage to people all over the world.