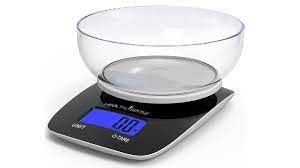 The government has issued notices to 63 manufacturers, importers and sellers of personal weighing and measuring instruments such as kitchen scales on e-commerce platforms, asking whether they have complied with all regulatory standards.

The development comes amid several consumer complaints about the unauthorized sale of these products on e-commerce platforms.

Speaking to PTI, a senior Department of Consumer Affairs official said, “Based on consumer and suo moto complaints, 63 show cause notices were issued between June and August 29.”

Manufacturers, importers and sellers were asked to provide details of model approval, manufacturer/importer/dealer license and verification of scales, the official said.

The suo moto action was taken as it was observed that some manufacturers/importers of weighing and measuring instruments were selling kitchen scales and personal scales without complying with the provisions of the law, the official added.

Under the Legal Metrology Act 2009, manufacturers and importers are required to obtain their weighing and measuring instrument’s pattern approval, manufacturing license, import registration and platform verification/stamping.

Compliance with these provisions is mandatory in the interest of consumers and to regulate trade and commerce in weights, measures and other goods.

In addition, mandatory product declaration should be made on the prepackaged goods/e-commerce platform for consumers to make an informed choice.

Manufacturers/Importers are required to maintain records of the number of weighing and measuring instruments and their parts manufactured and imported, sold/distributed and details of verification fees paid to the government.

By law, violation of these rules results in a fine and imprisonment or both.

Read More: NOW IS NOT THE RIGHT TIME TO CHARGE FOR DIGITAL PAYMENTS: NIRMALA SITHARAMAN

Previous articleYellowstone Season 5 Trailer Promises All Will Be Revealed
Next articleDisha Patani crossed all limits of boldness, deep neckline dress created a ruckus

Viral Video: This Toddler Eating Everything Without A Fuss Is Every Parents Dream