Will these tokens clash? 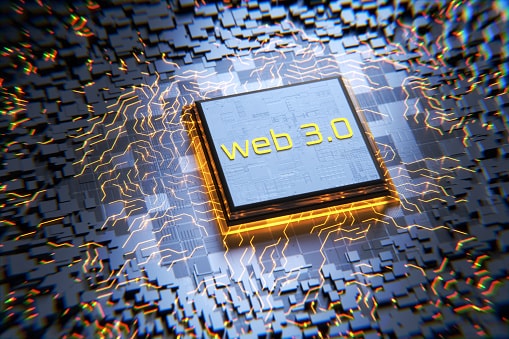 A new wave of cryptocurrencies, called Web3 cryptos, are dedicated to realizing the decentralized Web3 concept. To give users control over their data and enable transactions without the use of intermediaries, they combine blockchain technology with smart contracts.

Web3 is a common name for the third generation of the Internet. By operating in a decentralized way owned, created and managed by people, it seeks to take power away from powerful corporations.

The current level of cryptocurrency volatility makes it impossible to predict when the market will experience a significant decline.

Here are 10 cryptocurrencies that will likely compete directly with each other in 2023:

Tether, a Hong Kong-based company, created USDT, a stablecoin (stable-value cryptocurrency) that tracks the value of the US dollar. Realcoin, which was first introduced in July 2014, was later replaced by USTether and finally by USDT.

For Web3, Filecoin is like a filing cabinet. It is a decentralized storage network that offers a safe substitute for centralized cloud storage and a passive revenue stream. All data including text, audio files, movies and photos can be stored with Filecoin.

Decentralized finance (DeFi) solutions are offered by the very active open-source project Solana, which builds on the permissionless nature of blockchain technology. The Solana protocol aims to simplify the development of decentralized applications. Solana is attracting interest from institutional traders and small traders due to its unique hybrid consensus strategy.

For those who want to invest in a Web3 token with a lot of potential, OCEAN is one of the best options. The protocol has developed several tools needed to create Web3 applications.

One of the first cryptocurrencies with built-in privacy was called ZCash. The only difference between this coin and Bitcoin was the addition of a privacy feature.

With the use of braided chains, the scalable PoW Layer 1 blockchain system known as Kadena promises to be able to execute up to 4.8 lakh transactions per second. Unlike Bitcoin, Kadena has Ethereum-like smart contract functionality.

BitTorrent is the world’s leading torrent tracker and most efficient peer-to-peer network. Large files are broken into small pieces and sent over the Internet, where they are combined into one whole on the recipient’s computer.

Users can create decentralized projects and Web3 applications with the help of Flux and then deploy them to many networks. In addition to SaaS, it also provides blockchain as a service (BaaS).

When comparing the Polkadot network to Ether, it performs better due to its search reputation for scalability and higher rankings for low fees and fast speeds. DOT can be considered the market leader due to its dominant position and steadily increasing market value.

Previous articleButter Or Mayo On The Outside Of Grilled Cheese Sandwich? Padma Lakshmi Shares Her Views
Next articleChina and Taiwan play cat and mouse on the high seas as military exercises end

US Labor Board prosecutors have determined that Apple violated federal law by interrogating and forcing employees in Atlanta, the latest legal salvo regarding the...

Ending China’s Extreme COVID Policy Could Cause a Health Disaster

Flights: row of passengers as a mother allows the child to “climb” on a woman who would not change seats | Travel News...