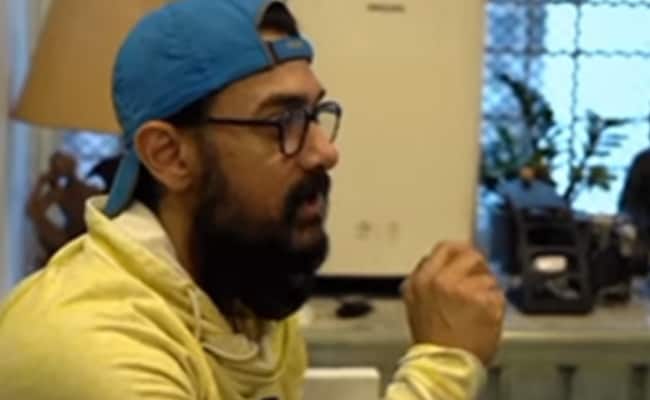 An excerpt from the video. (courtesy: aamirkhanproductions)

Aamir Khan prepares for the release of his next film Laal Singh Chaddha. The actor dropped several previews of the song’s creation Phir Na Aisi Raat Aayegi. Now, in the new video, Aamir Khan can be seen giving advice to music composer Pritam Chakraborty: “I think you’re afraid it’s an old-school song as you’ve mentioned a couple of times.” He added: “Forget all your worries. There is nothing old or new. There is only good music and bad music. Be honest with what is required for the melody”.

The song Phir Na Aisi Raat Aayegi will be released on June 24. This will be the third song after Kahani and Main Ki Karaan? The song will feature the relationship of Laal (Aamir Khan) and Rupa (Kareena Kapoor)

Directed by Advait Chandan and produced by Aamir Khan Productions, Kiran Rao and Viacom18, the film also stars Mona Singh and Naga Chaitanya in key roles. The creators released the trailer during the IPL 2022 Finals. The official Instagram page of Aamir Khan Productions shared the trailer and captioned it as “Discover the extraordinary journey of #LaalSinghChaddha, a simple man whose heart is filled with love, hope and warmth. #LaalSinghChaddhaTrailer now!”. Check it out below:

Meta shares have plunged 14% this week, falling near their pandemic low

Code name: Tiranga – The film by Parineeti Chopra and Harrdy Sandhu will be released on this date