Amitabh Bachchan is late to the Punjaabban song party, but never mind 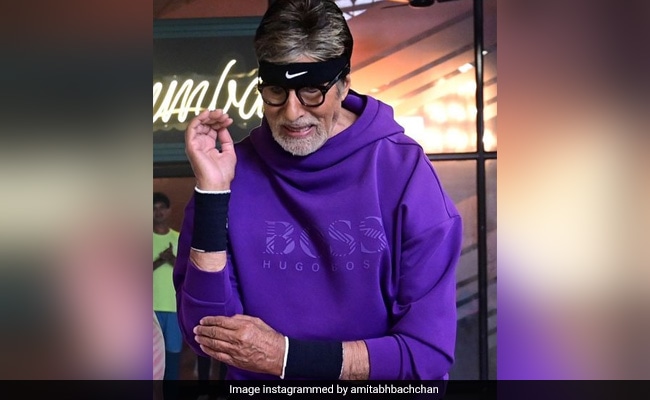 Amitabh Bachchan, even at 79, is a true blue millennial. The actor surely knows how to keep up with social media trends and that’s exactly what he did in his latest Instagram entry. He posted a photo of himself crocheting the super popular The punjaabban song from the movie Jugjugg Jeeyo. Amitabh Bachhcan looks super cool wearing a purple hoodie and with a bandana on his head and his expression is just too good to miss in the photo. He captioned the post: “Nach panjaban nach panjabnan nach panjaban nach.”

ICYMI is what we are talking about:

Amitabh Bachchan’s Upcoming Projects Include Ayan Mukerji brahmastrawith Alia Bhatt and Ranbir Kapoor and the remake of the Hollywood film Trainee, with Deepika Padukone. Earlier, the late actor Rishi Kapoor was set to star in the film. He was last seen in Nagraj Manjule jhund, which opened to rave reviews. He will soon host the 14th season of the quiz TV show Kaun Banega Crorepati.

“The Only Thing That Concerns Me…”: Sanjay Manjrekar On The Need Of The “X-Factor” In India’s T20 World Cup Squad