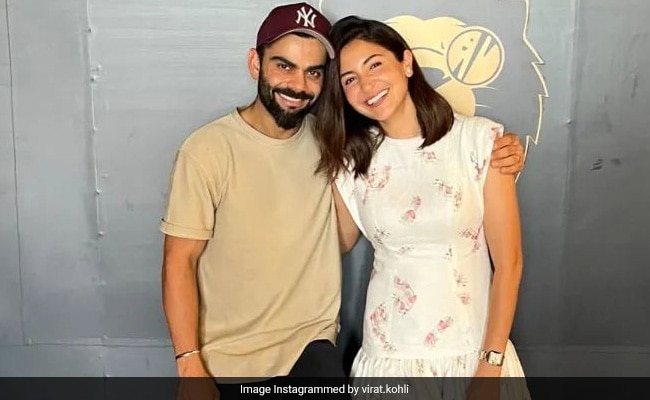 Anushka Sharma and Virat Kohli know how to encourage each other in the midst of their busy schedules. Recently, Virat Kohli shared a photo of himself during his training session on his Instagram account and captioned it as “Train well. Stay happy”. And in no time, his wife Anushka left an adorable comment on his post, leaving their fans elated. She wrote, “And stay cute,” followed by love and heart emojis. In the image, Virat is seen in his sports gear, smiling when someone clicks on his picture.

Here is what Anushka Sharma commented:

Anushka Sharma and Virat Kohli recently returned from their tropical getaway with their daughter Vamika. Check out the photos from their vacation:

Meanwhile, Anouchka Sharma has kicked off filming for their upcoming sports drama Chakda Xpress, based on the life of Indian cricketer Jhulan Goswami. The actress shared a video and two photos from the sets and captioned it, “Back to my place…#ChakdaXpress #ShootBegins #ChakdaXpressDay 1.” Shortly after sharing the post, Virat Kohli and Jhulan Goswami dropped heart and love emoticons in the comments section.

Directed by Prosit Roy, the film will be released next year on February 2 on the OTT Netflix platform. Announcing the film, Anushka Sharma shared a video and wrote a long note. She wrote: “It’s a really special movie because it’s basically a story of tremendous sacrifice. Chakda Xpress is inspired by the life and times of former Indian captain Jhulan Goswami and it will be an eye opener. in the world of women’s cricket. At a time when Jhulan decided to become a cricketer and make her country proud on the world stage, it was very difficult for women to think about taking up the sport. This film is a dramatic narrative of several events that shaped his life and that of the women.