Brahmastra: The journey of how it all began 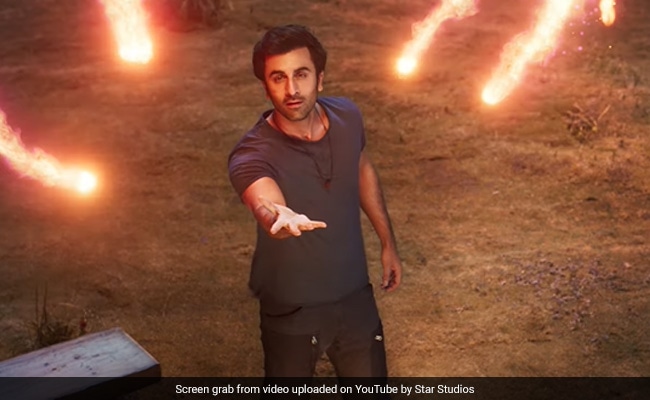 Alia Bhat shared a video on social media which gave a breakdown of the story behind the genesis of brahmastra. Director Ayan Mukerji, in the clip, talks about his journey from the beginning when he started working on the film in 2011 during a writing trip to Shimla. He shared that his first movie wake up sid (2009) had just been released and he was working on his second film Yeh Jawaani Hai Deewani (2013) at the time. “I have always felt a very powerful energy, a strong spirituality in our mountains. And I really believe that it is from the energy of the Himalayas that the vision of brahmastra was born,” Ayan says in the video.

brahmastra, the first film in a sci-fi trilogy, stars Ranbir Kapoor, Alia Bhatt, Amitabh Bachchan, Nagarjuna and Mouni Roy. The first part mainly introduces the story of Ranbir as Shiva. “From the start, that vision was to create a whole new kind of amazing world for our Indian audience with brahmastra – a real cinematic spectacle unlike anything that had been created by the Indian film industry before. A mystical and epic cinematic trilogy,” adds Ayan.

Ayan said the film is “made up of images that could only be created with the most modern technology”, but he wanted its “soul” to be “deeply inspired by ancient Indian roots – our culture, our spirituality “.

Ayan, in the clip, said he had spent 10 years of his life on the film and wanted to make it a unique experience for the audience. “Even in its most ancient form, Brahamstra was a ridiculously ambitious idea. Nothing like this had ever been created in India before. So there was no roadmap on how to do what I wanted to do. I realized early on that the visual effects and scale of the film I imagined were totally out of reach, beyond the limits where technology and film budgets were capped in India. But I always believed that if I somehow managed to overcome those challenges and if I got the movie right, Brahamstra would truly be a pioneering and groundbreaking film. A film our country would be proud of.”

Sharing the clip, Alia wrote: “How it all started…an insight into our preparation…and the journey of brahmastra.”

brahmastra will be released on September 9, 2022.