Assuming that Avengers: Secret Wars will be based on the comic of the same name, Captain America and Iron Man could return to the MCU via an all-new version of Captain America: Civil war. Set in a patchwork world of realities following massive incursions and the end of the Marvel Multiverse, 2015 Secret Wars took the “Battleworld” concept from the 1984 original version and turned it into something more compelling and far broader in scope. To that end, one of those regions was based on a reality where Steve Rogers and Tony Stark’s war never ended, providing the perfect way for versions of Chris Evans and Robert Downey Jr. to return for the culmination of the The MCU Multiverse Saga.

As seen in 2015 Secret Wars comic storyline by Jonathan Hickman and Esad Ribić, the Illuminati couldn’t stop their main Marvel Universe (designated Earth-616) to collide with the Ultimate Universe (Earth-1610). Serving as the last in the long series of incursions that wiped out the Multiverse, it was only through the efforts of Doctor Doom that existence itself was saved. Forming Battleworld from a collection of surviving realities, Doom declared himself God Emperor. As such, one of these regions was known as Warzone, effectively a version of America that had been ravaged by Captain America and Iron Man. Civil war in a reality where it lasted much longer than in the original storyline.

Related: The Momentum Of The MCU’s Secret Wars Is A Mistake 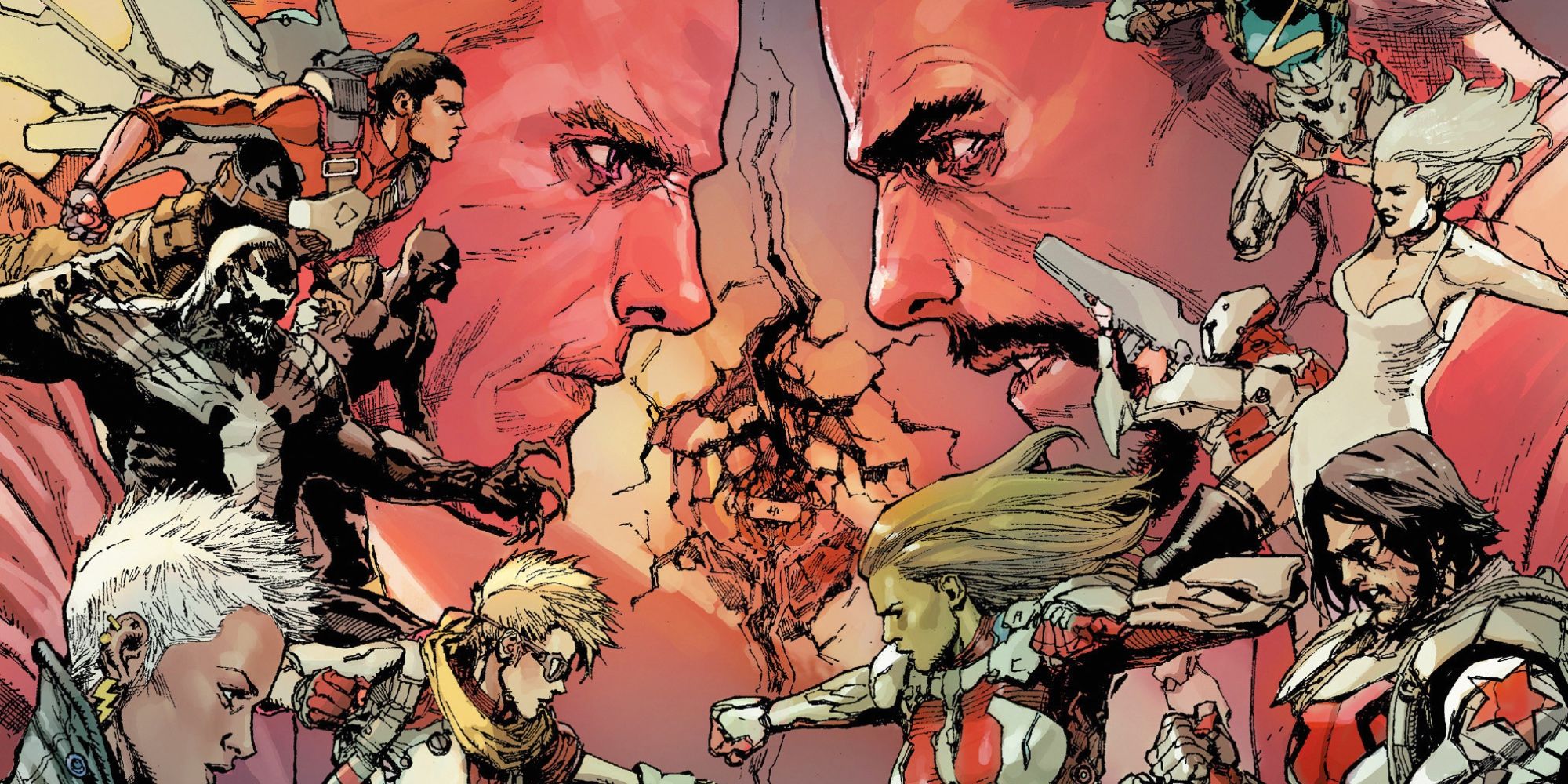 In 2015 Civil war, the original event’s final battle in the Negative Zone created a massive disaster, killing millions and creating a massive chasm that would come to be known as The Divide. On one side was The Blue directed by Steve Rogers. Offering freedom, the citizens of the Blue had only to follow two rules: do no harm and help when they could. Any wrongdoer would be dealt with by lawmen inspired by the Punisher. Likewise, Tony Stark controlled The Iron, a more civilized metropolis focused on law and order. The superhumans were closely watched and trained by agents of SHIELD to ensure the safety and well-being of their society. Due to the heavy losses accumulated as well as the deep pride and ego carried by the two heroes who became full-time generals, this expanded Civil war went on for endless years. 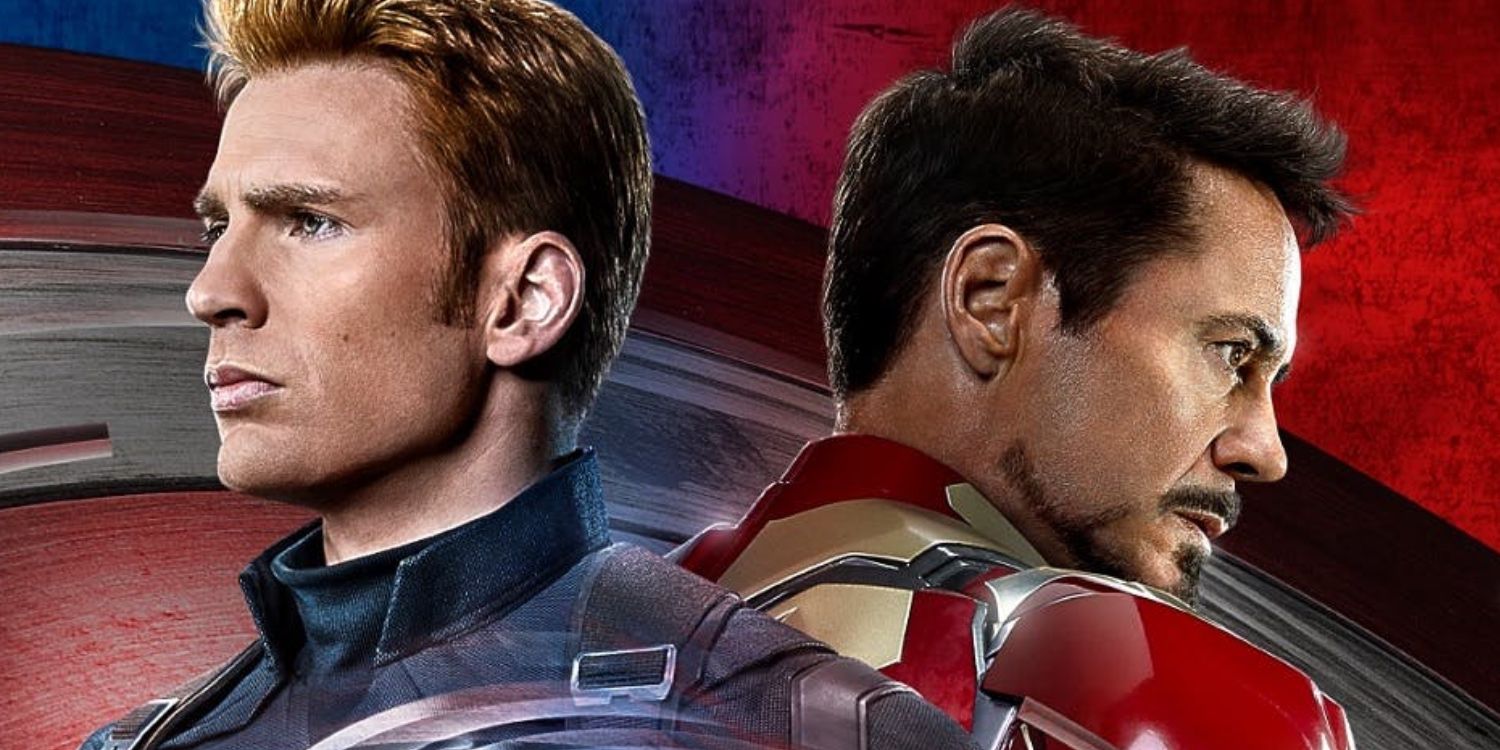 Considering the fact that Avengers: Secret Wars will be the end of the multiverse saga, it stands to reason that this climactic film will look a lot like the comic book version. This is supported by the fact that incursions have already been observed in Doctor Strange in the Multiverse of Madness as a significant future threat. Otherwise, the MCU Secret Wars will likely feature a massive assembly of heroes, just like Avengers: Endgame, the last film in the Infinity saga. As Iron Man gave his life to save the universe from Thanos and Captain America returned to his own time to reunite with his love Peggy Carter, the endless possibilities of the multiverse necessitate their return in order to make Avengers: Secret Wars feel as big as it should.

Theory: Captain America and the Return of Iron Man Continue Their Fight in Civil War

It certainly seems that adaptation Secret Wars’ Civil war The tie-in series would provide the perfect way to organically bring Captain America and Iron Man back to the MCU. Introducing similar variations of Steve and Tony who never stopped waging their war could be an exciting way to do it without tainting the satisfying endings both heroes received from Avengers: Endgame end. Whereas Secret Wars’ extended version of Civil war is still focused on the original issues seen in the original 2006 storyline, the original reason they started fighting eventually becomes irrelevant after years of warfare, which means the MCU Civil war plot could easily be used in the same way. Either way, Captain America’s war with Iron Man could also be uncovered by the New Avengers when the MCU’s version of Battleworld is revealed (much like the other regions of the realm that were once separate realities).

Although the concept of using an extension Civil war bringing Rogers and Stark back is exciting, the most compelling part would be the possibility of a redesign, allowing both heroes to get the good ending this time. In the MCU, Civil war fractured the Avengers just before the events of Avengers: Infinity War, a division that did not allow them to react as best they could to Thanos’ invasion where he claimed the last Infinity Stones. While Steve and Tony would eventually join forces once again, it was only after half of all life was wiped out by Thanos.

Interestingly enough, it was discovered at the end of 2015 Civil war tie-in series that Skrulls had manipulated the Blue and Iron to keep fighting endlessly from the start. While neither hero was entirely blameless, Captain America and Iron Man immediately put aside their differences to take on the greatest threat, save their piece of Battleworld, and end the war in the process. If Captain America and the MCU’s Iron Man could follow suit in this imagined version of the same event, it would certainly redeem their on-screen failures. Civil warmaking their theoretical return in Avengers: Secret Wars even more dynamic and exciting.