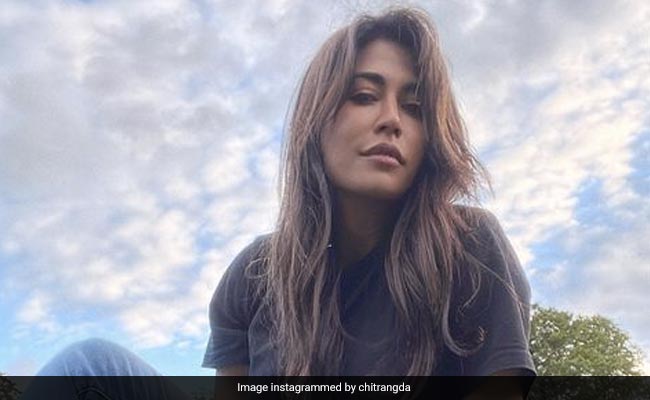 A photo from the Scottish newspapers of Chitrangada Singh. (courtesy: Chitrangda)

Chitrangda Singh’s love for travel is evident from his social media posts. The actress makes it a point to create memories wherever she goes and often shares such moments with her fans on Instagram. Now the actress is enjoying a vacation in Scotland and to the delight of her fans, she has shared photos from her vacation. Given the sunny days in Scotland, Chitrangda Singh indulged in a photo shoot. Sharing photos, the actress said, “Sunny days and a photoshoot.” As well as a bunch of hearts, rainbows and glitter emojis, the star has also added a geotag that points to the Kilconquhar Castle estate.

A few days ago, Chitrangda Singh shared a series of photos of herself dressed in an Indian ensemble. In the caption, she kept it simple with just the hashtag: “Love for kohl eyes.” Fans of the actress flooded the comments section praising the beautiful images.

Before that, Chitrangda Singh shared some behind-the-scenes photos from his segment in modern love, the web series. In the caption, she said: “Aapka pyaar ne appreciation…chahey thoda zyadaa ..thoda kum but… means a lot.

Chitrangda Singh also shared another behind-the-scenes video from the set of Modern love. Alongside, the actress penned a lengthy note and said, “It’s been the sweetest little trip…cutting chai for a dozen days. Arshad Warsi, if I haven’t praised you enough…then I’m sure others will make up for that you are such an endearing soul on and off screen. Thank you for being the perfect Danny.

She added: “Rangita Pritish Nandy, you have been what can I say…it all started with you…and it has been such a special comeback, giving me another memory after Geeta. Nupur Asthana working with a female director has been a such a refreshing experience… you are a firecracker and you made it haha.

Chitrangda Singh is known for her work in films such as Hazaaron Khwaishein Aisi, Yeh Saali Zindagi and Soorma.