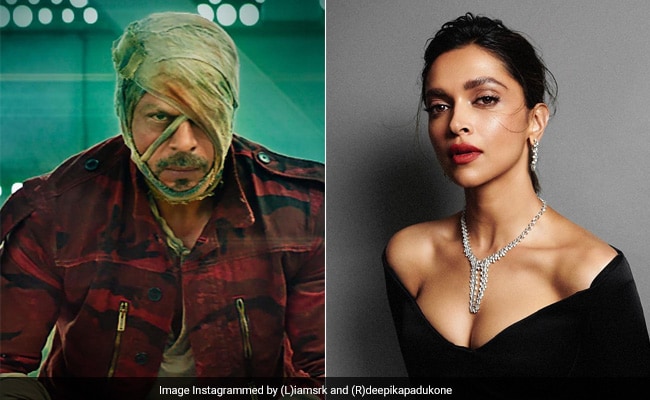 Deepika Padukonewho is busy shooting for Project K with Prabhas, has amazing film line-ups such as Pathaan with Shah Rukh Khan and John Abraham and Fighter with Hrithik Roshan. Now the latest update suggests she could make a brief appearance in Atlee’s jawan, with Shah Rukh Khan and Nayanthara. According to a report in pink villa, the actress agreed to make a special appearance in the film. The report adds that Shah Rukh and Atlee met the actress in Hyderabad and discussed shooting dates.

“Deepika has been in talks with SRK and Atlee for some time now and she is set to make a short but important appearance in the film. She has agreed in principle although the paperwork still remains,” Pinkvilla said, citing a source.

In the report, the source added, “Deepika was filming for his ambitious film, Project K in Hyderabad. Shah Rukh Khan and Atlee caught up with the actress and even discussed her character dynamics as well as filming dates. Everything should be on paper in a fortnight.”

Apart from Shah Rukh Khan and Nayanthara, the film also stars Rana Daggubati, Sanya Malhotra and Sunil Grover. Barred by Atlee, jawan is produced by Red Chillies Entertainment. Sharing the first look on his Instagram account, Shah Rukh wrote, “This is a special @redchilliesent project that has seen its wait due to the inevitable troubles around us. But a few good men have worked hard and made it. I want thank @_gauravverma the Co-producer, @atlee47 and their Jawans for bringing this dream to life. Now… That’s good boss…!”.

Check the message below:

Meanwhile, on the labor front, Deepika Padukone was last seen at Gehraiyaan, with Ananya Panday and Siddhant Chaturvedi. She also has a Hindi remake of Trainee with Amitabh Bachchan.