“Dobaaraa does not undermine the intelligence of the public” 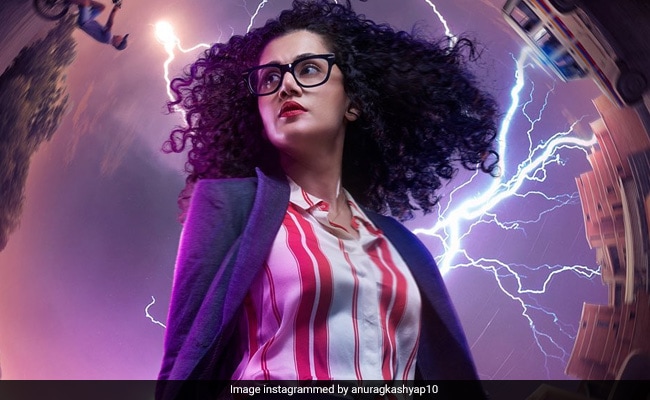 One night before the release of Dobaara, Taapsee Pannu shared a note thanking the creators. DobaaraHindi adaptation of a Spanish thriller Mirage “does not undermine the intelligence of the public,” wrote Taapsee Pannu. The note shared by the actress read, “Some movies are measured solely by their box office collections, some movies are measured solely by their magnitude, and then there are some that get so much love that they become movies. cults Our effort to liberate Dobaara in theaters is to allow audiences to experience something new and different on the big screen, something that doesn’t take their intelligence for granted. Something that is going to become a CULT movie, we are overwhelmed and humbled by the response we have received in the media and industry for our movie, See you in Theaters Dobaara this Friday.”

She accompanied the note with a caption that read: “The immense love we receive from our pre-release screenings has made us realize how much we miss the joy of making a good film under the guise of a hit. at the box office. Here is a note from the directors who had the courage to support a film like Dobaara and make sure it comes out in theaters, a movie that doesn’t undermine the intelligence of the audience. We will celebrate the fact that we could make such a film in an age where playing it safe is the only option to survive, regardless of box office results. We know we made a movie that we’re proud of, I hope you give us a chance.”

Dobaara opened to largely positive reviews from film critics. In his review for NDTV, film critic Saibal Chatterjee gave the film 3 out of 5 stars.