Final Fantasy 7 Rebirth: Everything We Know 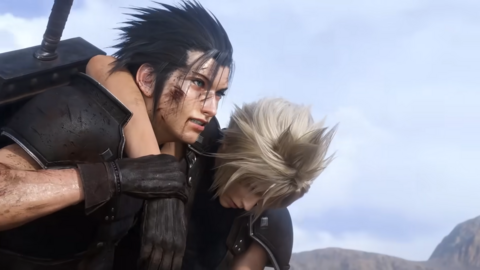 Officially announced during Final Fantasy 7’s 25th anniversary celebration in 2022, Final Fantasy 7 Rebirth is the second installment in the remake trilogy and, between you and me, that’s where things start to get really interesting. While Final Fantasy 7 Remake took us on a new journey through the familiar slums of Midgar, Rebirth sees us leaving the corrupt city in search of greener pastures – and Sephiroth.

There’s a lot we don’t know about Rebirth, including what events it will cover, how faithful it is to the original game, what its open world will look like, and how handsome Vincent Valentine will be. Until those questions are answered, here’s a roundup of everything we know, including trailers and how to pre-order the upcoming game.

While Square Enix has yet to reveal the release date for Final Fantasy 7: Rebirth, it did offer us a window: Winter 2023. For those keeping track at home, that’s close to three and a half years after the first part of Final Fantasy. The 7 Remake Trilogy is out. While no release date for the third and final installment has been mentioned, it could mean we’ll be waiting a while to see how this reimagining ends.

As of right now, Final Fantasy 7: Rebirth appears to be a PlayStation 5 exclusive. might be disappointing for fans who played the first entry in the Remake Trilogy on PlayStation 4.

Once the timed exclusivity of the game ends, it is likely that the game will also be released on PC. However, given that the first entry in the series is still not available on Xbox, I wouldn’t expect to see Rebirth making its way there.

Not much, that’s honestly what makes this game even more exciting! Those of you who have played Final Fantasy 7 Remake know that this series is not a direct remake of the original game, but rather a reimagining that exists alongside it and explores fate and determinism in a way quite interesting. Not to dive too deep into spoilers, but after the events of Remake, our motley crew isn’t bound to repeat the same events again – which means the game doesn’t necessarily do that either. While it seems safe to assume that the game will still be very similar to the original and revisit the same locations, exactly what will unfold isn’t entirely clear.

Interestingly enough, creative director Tetsuya Nomura says players don’t need to play Final Fantasy 7 Remake to understand and appreciate Rebirth. In June 2020, the official Final Fantasy 7 Twitter account shared a Tweeter stating, “Final Fantasy 7 Rebirth is designed for people to enjoy this game whether they know the original game or not. In fact, new players might even like to start their Final Fantasy 7 journey with Final Fantasy 7 Rebirth. Cloud and his friends are embarking on a new journey in this game, and I believe the scenes they witness after leaving Midgar will give players a new and fresh experience.”

However, assuming the game Is follow the path of the original, our group’s next stop is Kalm, a sleepy town northeast of Midgar. We can also assume that Rebirth will be much denser than Remake, as Remake only covered the first seven hours or so of the original game, leaving out the last two entries. a lot of ground to cover. I presume Rebirth will end just after the City of the Ancients, which means we’ll get to see the new and improved Juno, Mt. Corel, The Golden Saucer, Cosmo Canyon, Nibelheim, and Rocket Town – as well as a potentially devastating. We’ll also most likely be lucky enough to add Yuffie, Vincent, and Cid to our party, completing the original Final Fantasy 7 team.

So far there is only one trailer for Final Fantasy 7 Rebirth. Revealed during Final Fantasy 7’s 25th anniversary celebration in 2022, this trailer briefly follows Cloud and Sephiroth as they embark on their final mission together as SOLDIERS. He then asks the question, “What is fact and what is fiction?” before moving on to a new scene: Zack carrying an incapacitated Cloud towards Midgar. Based on this trailer, it looks like Rebirth will follow the events of Final Fantasy 7 very closely, as it hints at some very big reveals and iconic moments. It’s also worth noting that this trailer shows off a noticeable improvement in graphics, proving that Square Enix is ​​making good use of the PlayStation 5’s upgraded hardware.

Shortly after the reveal of the first trailer, producer Yoshinori Kitase confirmed that the remake series would be a trilogy. Kitase shared this news and its impact on Rebirth Twitterwriting:

“Making the middle of a trilogy has its own challenges, but there are plenty of classic second installments in the world of film that are defined by jaw-dropping twists and deeper explorations of their characters. favorite among fans. In the same vein, we aim to make Final Fantasy 7 Rebirth an even more captivating and memorable experience than Final Fantasy 7 Remake.”

Trust me, I’m just as ready to play this game as you are, but unfortunately Final Fantasy 7 Rebirth isn’t available for pre-order yet. Rest assured, once pre-orders are up, we’ll be putting together a guide on how and where you can reserve your copy, as well as any extras you may receive for doing so.

“There are days when it hurts”