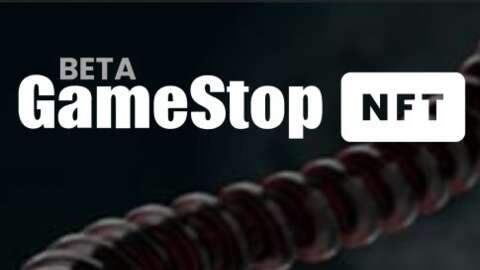 Indie games have reportedly been popping up without the proper permissions on GameStop’s new NFT Marketplace, and developers aren’t happy about that.

in a new Ars Technica reportit has been alleged that Nathan Ello, who created the NiFTy Arcade collection with indie games like Worm Nom Nom, Galactic Wars, and Rogue Fleet, did not seek out the original creators’ nod for at least two of the games (Worm Name Name and Galactic Wars).

Ello said he tried to include only open-source games approved for commercial use in his NFT collection, but clearly didn’t do enough research. Worm Nom Nom’s creative commons license is listed on its itch.io pageand its engine, PICO-8, also requires users to obtain permission from the creator before use.

After being pushed back, Ello offered all NFT sales – a total of $55,000 as of July 15 – to the original developers and removed the NiFTy collection from GameStop’s NFT Marketplace. But the developers said these actions came too little too late. “My work was sold for profit without my consent,” said Breakout Hero developer Kyrstian Majewski. “Even if someone wanted to give back the money they earned from my work, it would be in the form of some Crypto crap anyway.”

Ello can’t hit the GameStop NFT marketplace again until it resolves the permission issues, but one glaring problem remains: NiFTy games can’t be removed from the blockchain and can be sold on other markets.

NFTs have often been touted as “beneficial” to artists and creatives, but instances of a creator’s work being minted without permission are a dime a dozen. Many stolen works of art have been uploaded to OpenSeaand artists are struggling to remove them due to the volume of thefts and lack of response from the platform.

It’s troubling that GameStop doesn’t seem to have a takedown or filtering service in place to detect instances of theft. The company didn’t respond to Ars Technica’s request for comment, so it remains to be seen how GameStop, going forward, will prevent cases like this from happening again.