“He gave a soul to my life” 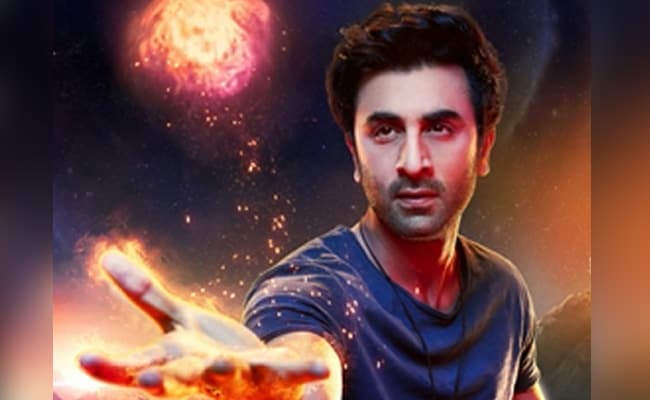 An excerpt from the video. (courtesy: ayan_mukerji)

brahmastra– the long-awaited film from Ranbir Kapoor and Alia Bhatt – is making all the right noises. After the release of a captivating trailer and the love ballad Kesaria, the makers of the film are all set to release the second song from the album on Monday August 8th. One day before the release of the title Deva Deva, the film’s director, Ayan Mukerji, wrote a heartfelt note about what the song means to him. Sharing a teaser for the song, Ayan said, “A song in which our protagonist Shiva finally unleashes his powers. And in doing so, he fills all the fire around him with divine energy.

Explaining further, Ayan Mukerji said, “As Lord Shiva sits cross-legged in dhyan…the first image of meditation in this entire Universe. A song in which our hero Shiva realizes his potential by understanding that to control the fire outside, he must first… Feel the fire inside.

Ayan Mukerji added that Deva Deva has given it a lot since its creation. “A song that has given me so much energy since Pritam (Dada) created it…gave me strength whenever things have been tough…I really listened to it before every big meeting that I had to take the past few years. Gave me dance when I played it to my friends in the middle of the night. It gave me times when I was singing loudly and badly in the car when I was driving alone. Above all, give a soul to my life and brahmastra (which is one and the same thing)!”

Speaking about his favorite part of the song, Ayan Mukerji said, “The chants of ‘Namah Om‘ in this song – is now my favorite thing we’ve created in all brahmastra. It’s so simple, yet so profound for our culture and so powerful, I feel so lucky that we have it in the song.

Ayan Mukerji also shared his vision for the song with fans. He said, “I have this image in my mind of a large group of young people, crammed into a room, dancing and singing the song out loud… and I’m putting that energy out into the Universe. I hope you like what we have for you tomorrow, and I hope the song gives everyone, everything it gave me.

A few weeks ago, Ayan Mukerji also shared the concept behind brahmastraand “the foundation of a cinema universe based on the concept of astras – Astraverse”. Sharing a detailed video, Ayan wrote, “The Vision Of brahmastra. Whereas brahmastra is a work of fiction, my attempt was to celebrate Indian spirituality, in my own way, through this film. On this very auspicious day of Guru Purnima, I wanted to share a little more in depth the concept of Brahmāstra – a film through which I personally transformed myself into a forever student of the infinite wisdom that exists in our ancient Indian roots. Hope you enjoy our imagination.

Previous articleRussia and Ukraine swap terrorism charges after explosions at a giant nuclear complex.
Next articleCWG: Heartbreaking loss to Sreeja Akula, misses out on bronze medal by whisker

Dementia: a significant change in food preferences could be symptomatic of the disease