New to Hulu July 2022 Bob’s Burgers Movie, What We Do In The Shadows: Season 4 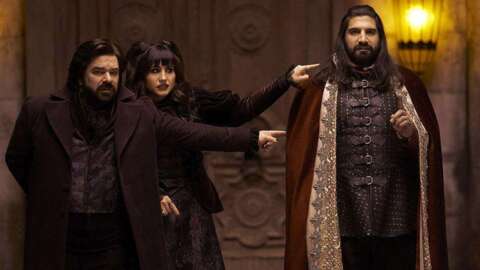 First, on July 12, the long-awaited movie The Bob’s Burgers will be available to stream after its theatrical release over Memorial Day weekend. First announced in 2017, then after a solid two years of COVID-19-related delays, you’ll soon no longer have to travel farther than your nearest screen to see the cinematic foray of Bob Belcher and his family in banking laws and regulations and civic bureaucracies. That’s right, Bob’s step on the big screen is about Bob and Linda being denied an extension on their business loan from the bank and being given a week to make the month’s payment – right after training of a giant chasm in front of the restaurant. The family gets creative and tries to make rent.

The following day, July 13, sees the return of What We Do In The Shadows for its Season 4 premiere on Hulu. The show, which was recently renewed for seasons 5 and 6, is at an interesting time – with as many seasons to come as there are behind, perhaps season 4 will work as a series reset. If you’re unaware of the show, miss out on some major spoilers: At the end of Season 3, the vampire core group all but split up and went their separate ways. Energy Vampire Colin Robinson is dead and reborn as a baby who, apparently, will be raised by Laszlo; Guillermo was tricked into visiting England with Nadja; Nandor went his own way.

Previous articlePMQS LIVE: ‘The truth is worse’ shock as Carrie is dragged into scandal by former adviser’s claim | Politics | New
Next articleIndia reports 86% drop in cases since 2015, 79% reduction in malaria deaths

Ananya Panday Is In Love With This Crispy, Addictive Snack – See Pic