Panic! At the Disco returns to the stage 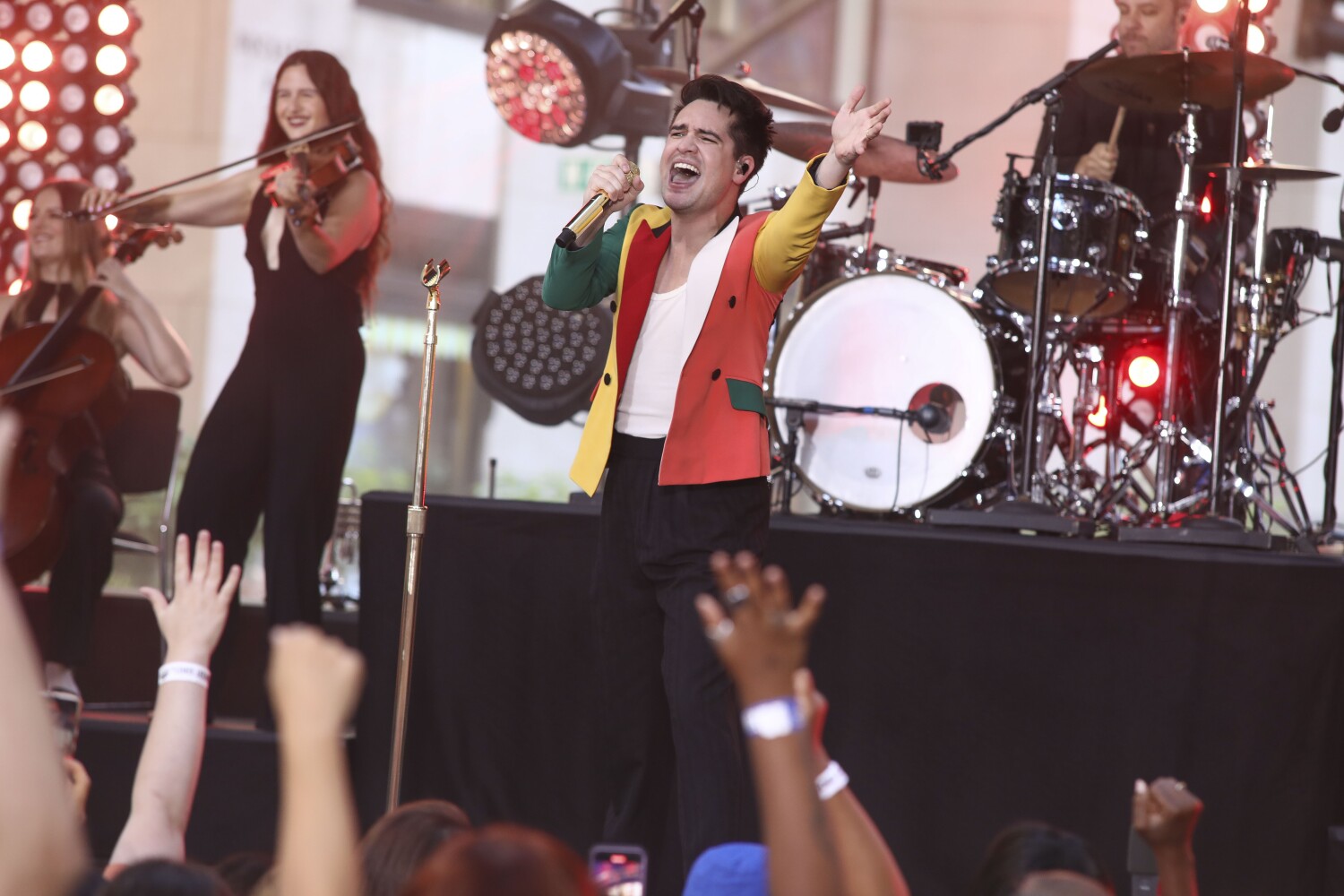 Panic! at the Disco is finally writing songs to end fan tragedies.

After a four-year hiatus from recording, singer Brendon Urie and the boys released the song “Viva Las Vengeance” on Friday. The new album is the band’s follow-up to 2018’s platinum-selling ‘Pray for the Wicked’, which included the hits ‘Say Amen (Saturday Night)’ and ‘High Hopes’.

“The cinematic musical journey is a fine line between taking advantage of youth, seizing the day and burning out,” the band said in a press release. “The songs look at self-examination [Urie’s] relationship to his decade and career, including growing up in Las Vegas, love and fame.”

To celebrate the new release, the group went to NBC morning program “Today” on Friday and performed a selection of songs old and New. (Yes, they performed “I write sins, not tragedies.” Of course they did.) The show was their first live performance in three years.

Urie’s signature showmanship was on full display when he took the stage at New York’s 30 Rock Plaza. Fans energetically followed the “Death of a Bachelor” singer’s acrobatic singing note for note during the four songs.

Before the show, Urie called the return to the stage “significant” when he spoke to the “Today” hosts and gushed about his band’s devoted fan base, calling them “the most talented fans, the most loving fans too, they’re just creative.”

Urie also noted that the album was recorded on an 8-track tape machine to capture the retro feel.

“We made this whole record on a tape machine. We wanted to go back in time,” he said. “We were trying to emulate the bands that I grew up listening to, like Thin Lizzy, Queen and… the Beach Boys and the Beatles and stuff. And you can hear that sound, it’s a really warm sound, and all the stacked vocals. It’s just fun.”

He had previously spoken about the process of making the album and how it is a memorial to his younger self.

“‘Viva Las Vengeance’ is a look at who I was 17 years ago and who I am now, with a love that I didn’t have before,” Urie said in a press release. “I didn’t realize I was making an album, and there was something about the tape machine that kept me honest. “

How To Make Radiators More Efficient: An Energy Expert’s Tips For “Increasing Performance”