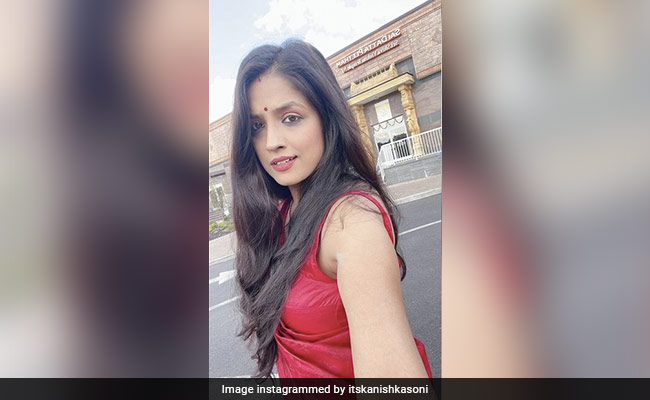 Kanishka Soni, best known for starring in the TV show Pavitra Rishta, recently announced on social media that she had married. A few days later, she shared an Instagram post, in which she addressed those hounding her for her decision to go sologamy. She wrote in her caption, “I know you raised a lot of questions about my decision to get married, I truly believe in Indian culture and here is my view, that’s why I chose to live in India. loneliness. Marriage is not about sex, it is about love and honesty that is sought and I have lost that faith, so it is better to live alone and love me than to look for it in the outside world when it’s hard to find, but thank you so much for posting my article on google trends and in the news although… that was not my intention.” She added, “It’s a decision made from my heart and soul in full awareness and I’m happy to be in the United States now and focusing on my career.”

Earlier this month, the actress shared a post, in which she announced that she had married. She captioned the post: “Married to myself since I achieved all my dreams and the only person I’m in love with is myself. Answer to all the questions I receive, I don’t have never need a man… i am happy always alone and in solitude with my guitar. I am the goddess, strong and powerful. Shiva and Shakti everything is in me, thank you.”

Kanishka Soni is best known for starring in TV shows like Do Dil Ek Jaan, Pavitra Rishta, Diya Aur Baati Hum and Devon Ke Dev…, to name a few. She also acted in Tamil film Pathaveram Kodi in 2013, and later was part of Devaraya and Yuvrajayam. She was also an invited candidate for Fear Factor: Khatron Ke Khiladi 2.

“I don’t write stories, I steal them”

Discover the thinnest skyscraper in the world