Ranbir Kapoor is the savior of his tribe, fights with Sanjay Dutt 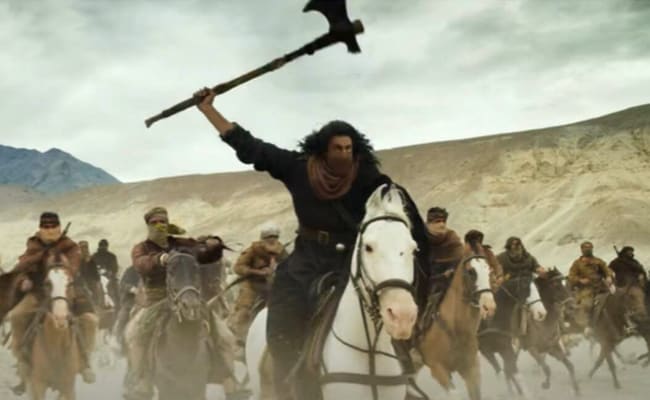 After a long wait, Karan Malhotra’s teaser Shamsherafeaturing Ranbir Kapoor, Sanjay Dutt and Vaani Kapoor, was dropped today. Ahead of the trailer, which will be released on Friday, the video shows Ranbir Kapoor as the savior of his tribe in a never-before-seen look. Sanjay Dutt locks horns with Ranbir in the teaser as the two face off in a gripping scene. Sanjay Dutt posted the video to his social media profiles and wrote, “A tribe in need of saving, a world in need of SHAMSHERA.” The post further added that the trailer for the film will be released in Hindi and Telugu.

Discover the teaser of Shamshera here:

Ranbir’s co-star Vaani Kapoor also shared the teaser on Instagram and wrote, “One name. One saviour. One legend.”

Shamshera will mark Ranbir Kapoor’s first film collaboration with Sanjay Dutt after the latter appeared in a song from the 2018 film, Sanju. It will be dubbed in Tamil, Telugu and Kannada and will be released on July 22, marking 50 years of Yash Raj Films.

Alia Bhatt shared the teaser on Instagram and simply dropped a fireworks emoji.

Earlier, as Ranbir is not officially on social media, Alia had shared a poster of Shamshera and wrote, “Now it’s a hot morning.. I mean.. hello.”

Previous article$3.2 million settlement in police killing of Daunte Wright
Next articleEight medical staff will be prosecuted for Maradona’s death