Return of Anil Kapoor on Mashaal. “Can you guess the names of the actors?” He asks 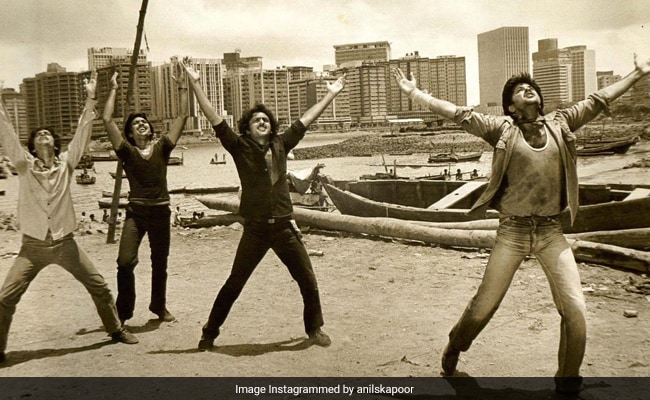 Anil Kapoor shared a major throwback moment on Instagram. And, the veteran actor said he “loves this picture.” The photo is from the 1984 film Mashaal. Yash Chopra’s director starred Dilip Kumar, Anil Kapoor, Gulshan Grover, and Waheeda Rehman, among others. Along with blessing our social media feeds with such a throwback gem, Anil Kapoor has given us a task. Wondering what it could be? He wants us to identify the actors in the photo. His caption read, “What the start of the weekend looks like…Love this pic…Guess the names of the other cast members.”

And, if you want to take a trip down memory lane and revisit the song Foot Pathon Ke Hum, we have it ready for you.

Anil Kapoor earlier this year celebrated 39 years of this wonderful journey with a throwback video. At the same time, he wrote: “From Prem Pratap Singh Patiyalawale in Woh7Din at Bhem in JugJugg Jeeyo who is also from Patiala. It was such a wonderful trip. My life changed 39 years ago today and the nostalgia is real. This video is a trip down memory lane.

Anil Kapoor was last seen in At Raj Mehta’s JugJugg Jeeyo. The family drama has received a lot of love from fans and critics. Varun Dhawan and Kiara Advani are also in the film. This also marks the return of Neetu Kapoor.