‘Spin Me Round’ review: Alison Brie stars in an underwhelming comedy 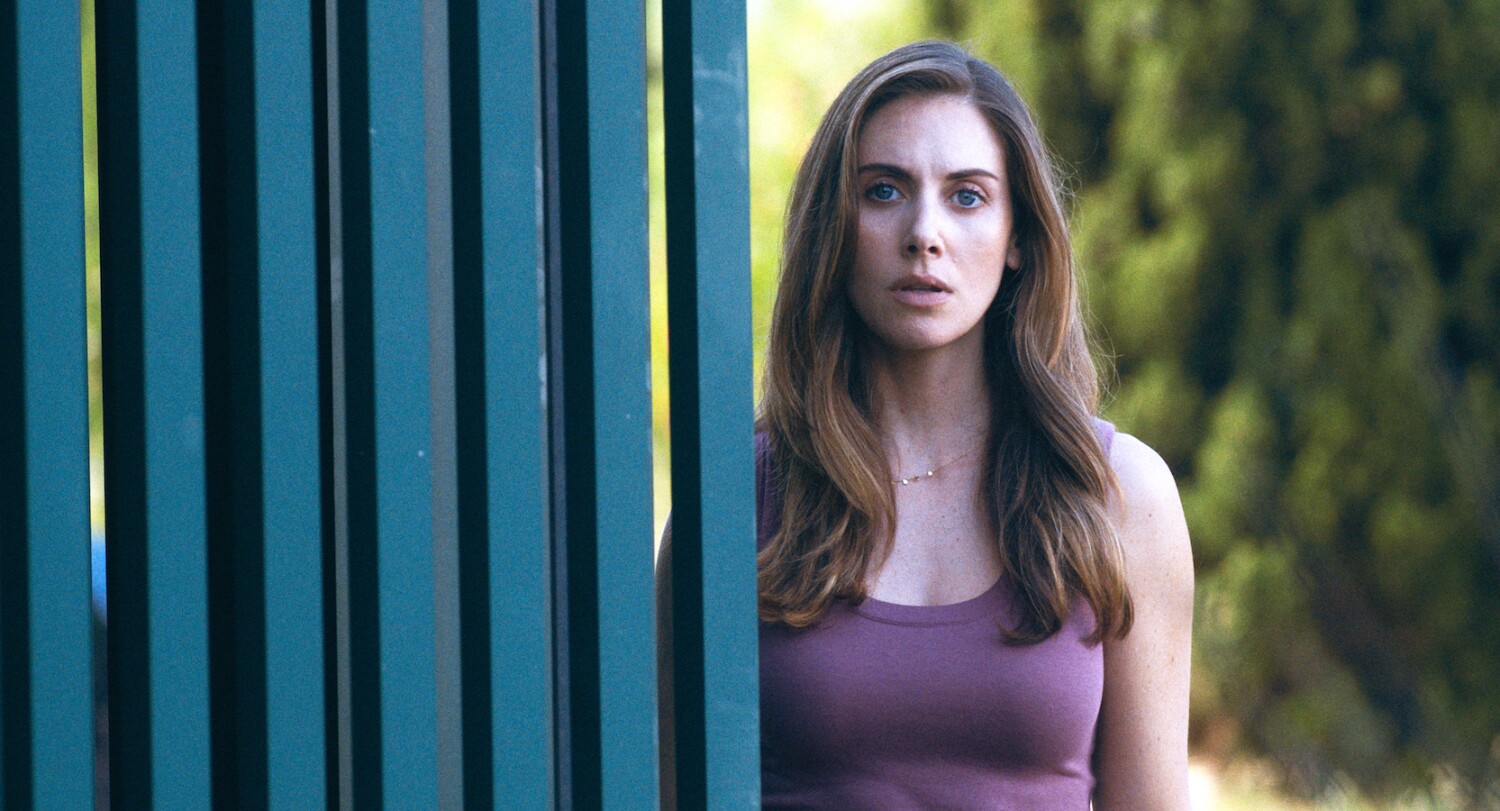 Director Jeff Baena brings together his repertoire regulars to “Spin Me Round,” Another Funny Ensemble Comedy which, like his 2017 nunsploitation riff “The Little Hours,” becomes an opportunity for genre experimentation and a trip to Italy.

Baena’s stylistic flourishes, including a bubbly title in retro baby pink font, a faded score by Italian composer Pino Donaggio, and plenty of slow zooms (cinematography is by Sean McElwee), tip the viewer over to genre pastiche and convey a sense of foreboding to the story, which takes place during an Italian retreat for the managers of an Olive Garden-style restaurant chain called Tuscan Grove.

The beautiful and melancholy Amber (Brie), manager of the Bakersfield franchise, was selected for the show by her boss (Lil Rel Howery), and her best friend (Ego Nwodim) is convinced that she will find love in her dream adventure in an Italian villa with Nick Martucci (Alessandro Nivola). However, when Amber arrives in Italy, she is met with disappointment and red flags. Handing him her passport, she discovers that everyone is staying in a seedy motel with doors that don’t lock and a creepy guide, Craig (Ben Sinclair). The other managers also turn out to be a bunch of eccentrics (Molly Shannon, Zach Woods, Tim Heidecker, Debby Ryan, Ayden Mayeri).

Nick’s sinister and sexy assistant Kat (Aubrey Plaza) soon enters the scene, taking each woman on a secret date on Nick’s yacht in La Spezia and risky adventures through the streets of Lucca. The whole bizarre script screams “coven of witches” and “human sacrifice ritual” or, more realistically, “Eyes Wide Shut,” and fueled by jealousy and suspicion, Amber begins to pull the thread of mystery before her.

She confronts Nick, accusing him of gaslighting and manipulating her, but as the story unfolds in unexpected (but totally expected) ways, Baena subverts and meets the gender expectations he has pointed out. , which is a draw and not at the same time. .

To be honest, it’s a bit frustrating. Baena only lightly gestures towards the genres he refers to, never fully committing. “Spin Me Round” is engaging, thanks to the large cast of talented comedians, but it’s not really a parody, not quite an homage. It stays in independent comedy mode, which means it never has to get serious or pick a tone or deliver the splashy aesthetic excess of the genres it indicates.

The whole film feels like an exercise in dashing expectations – both for our heroine and for the audience. Amber’s hopes for a great Italian romance crumble alongside our expectations for a wild European thriller. Perhaps this subversion, bringing the heightened return to the realm of the mundane, is the lesson we need to take away from “Spin Me Round,” an interesting but daunting direction to take.

Katie Walsh is a film critic at the Tribune News Service.