Square Enix could sell stakes in even more studios 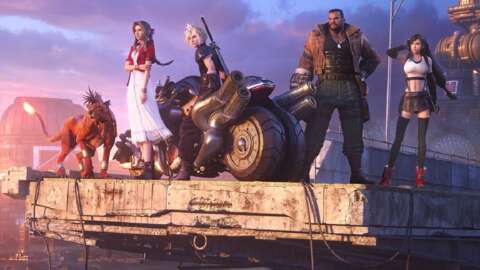 Following its latest earnings call, Square Enix is ​​reportedly looking to sell stakes in some of its development studios in a bid to devote more resources to certain titles.

According games industry analyst David Gibson, the publisher will review its portfolio to see which studios it wants to retain full ownership or offer stakes to other interested companies. As Gibson explained, Square Enix sees this strategy as a way to devote “resources primarily to Japanese titles” and may see interest from Sony, Tencent and Nexon.

3) Phase 2 you say? Rising development costs of making games means that with 100% owned studios they have to be selective and focus resources, which limits expansion

7) Phase 2 = So SE is looking to sell stakes in its studios to others to improve capital efficiency. Just when others like Sony etc. are buyers. I would expect Sony, Tencent, Nexon, etc. be interested.

Some of the studios Square Enix currently has under its belt include the four creative business units responsible for Final Fantasy, Kingdom Hearts, and smaller titles, Luminous Productions, which is currently developing Forspoken, and Tokyo RPG Factory. As Gibson noted, Square Enix’s strategy is unusual because it has no debt and more than enough operating cash to fund game development.

“Post it [Crystal Dynamics / Eidos Montreal] sale, the company will have [$1.4 billion] cash and debt-free,” Gibson explained. “Which is enough to fund increased investment in games and not sell stakes in its studios.”

The earnings call also addressed the recent sale of Square Enix’s Western Studios Eidos Montreal and Crystal Dynamics at Embracer Group. According to Gibson, these studios “cannibalized” the sales of the rest of the band in general.

This sale was “Phase 1” of Square Enix’s plan, while Phase 2 will include the portfolio review. The publisher also confirmed plans to invest in blockchain and NFT technologies, ideas that conflict with the themes of one of its best-selling games, Final Fantasy VII.

Square Enix has plenty of games for the future, which could make its proposition attractive to potential investors. A Tactics Ogre revamp is on the way, Forspoken will be released next yearand Harvestella looks delicious. Beyond those games, the company’s Final Fantasy franchise will see the launch of Final Fantasy XVI in the summer of 2023 and Final Fantasy Rebirth in Winter 2023.