Mandeep Kaur, an Indian woman who died by suicide in the United States, “endured torture for her daughters”, her family says

Mandeep Kaur’s mother and sister at their home in Bijnor district of UP.

“Her husband had been torturing her for years, asking for a son. But she said she wouldn’t leave him because she couldn’t raise her two daughters. We get it,” said the father of Mandeep Kaur, a 30-year-old woman from Uttar Pradesh who took her own life in the United States on August 4 after detailing her ordeal in a video.

In the video, which has gone viral, she says in Punjabi: “It’s been eight years. I can’t take daily beatings now… Dad, please forgive me. I will die.”

Mandeep Kaur in the video in which she details her years of abuse.

Her family in Bijnor district of UP are now afraid for their two daughters – aged 6 and 4 – and want them separated from their father, Ranjodhbeer Singh Sandhu, whose family is also from Bijnor. “We should get their custody. I will raise them like a mother,” her younger sister, Kuldeep Kaur, told NDTV today.

Her father, Jaspal Singh, filed an accessory to suicide complaint against the husband at the police station here, also naming her parents, who live in a nearby village. “In New York, our relatives are talking to the police,” he said, asking for help from the Indian government.

Later that day, the Indian Consulate General in New York tweeted: “We are in contact with the US authorities […] We are ready to provide all assistance.

We are deeply saddened by the passing of Mandeep Kaur in Queens, New York, in the most tragic of circumstances. We are in contact with the American authorities at the federal and local level as well as with the community. We are ready to provide any assistance.@IndianEmbassyUS@MEAIndia

The father said the family knew about abuse from the start. “Immediately after the wedding, he started torturing her. It got worse after she gave birth to a daughter; and much worse after another girl.

The family went to the police once. “We filed a lawsuit in New York a few years ago after she sent me a video of him beating her. But then she said she didn’t want any further action. She told the court that she forgave him,” he said. 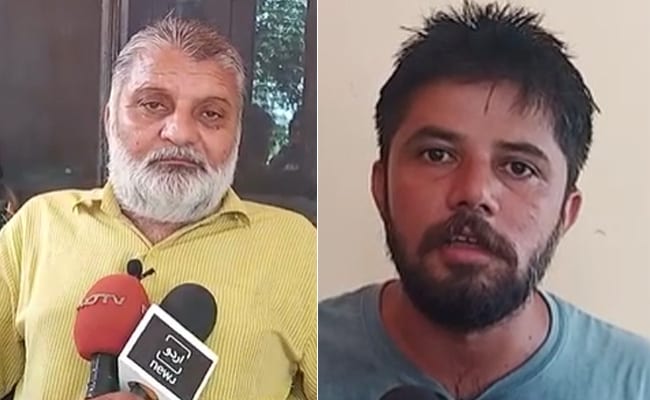 Mandeep Kaur’s father and brother said they knew about the torture, but she stopped them from taking legal action.

“When she told us she was worried about her daughters, we understood. We were also worried that she would raise the children alone. Where would she go? Like her, we too thought that the husband should get another chance. But he started torturing her again soon after,” he added.

“Once, she told me that I shouldn’t intervene. I got angry and told him not to get involved anymore. Since then, she hasn’t said much to me,” he said.

Coming from farming families, Mandeep Kaur and Ranjodhbeer Singh’s marriage was arranged in 2015. He was a truck driver in the United States and she moved there three years later. After her death, there is still no reaction from the husband or his family, and no confirmed information about legal action in the United States.

Mandeep Kaur’s family alleged that he demanded Rs 50 lakh to raise the girls. “He told her he could barely pay off the loan for his truck, so she would have to get the money for the girls’ expenses,” the father said.

Her sister said, “I couldn’t believe she could do this, even after watching the video. We learned at 5:30 am that she was dead. We didn’t know what to do. We felt helpless.

“I want her husband to receive the harshest punishment possible. He should be sentenced to death. I call on the Indian government to help us achieve justice,” she added.

Sandeep Singh, Kaur’s older brother, said: “Even his in-laws kept calling him and demanding a male child. They got scared when we filed a complaint in New York, but she helped him get away after they begged her. They entered his mind.