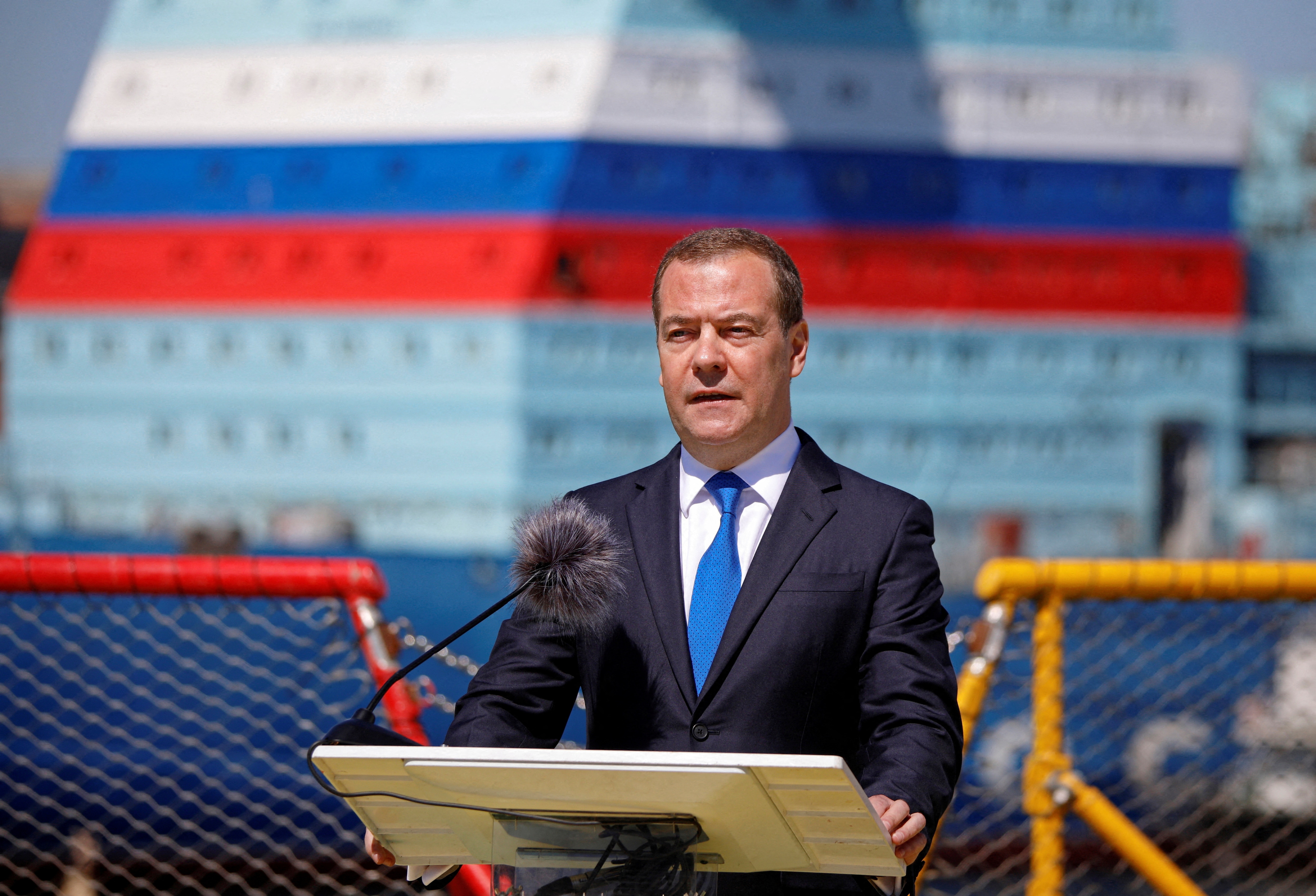 A top ally of Russian President Vladimir Putin said on Friday that Moscow would not halt its military campaign in Ukraine even if Kyiv formally renounced its aspirations to join NATO.

Even before the February invasion, Moscow had made it clear that Ukraine’s NATO membership was unacceptable to it.

“Renouncing its participation in the North Atlantic alliance is now vital, but it is already insufficient to establish peace,” Medvedev told LCI television in quotes reported by Russian news agencies.

Russia, he said, will continue the campaign until its goals are achieved. Putin says he wants to “denazify” Ukraine. Kyiv and the West say this is a baseless pretext for a war of conquest.

Russia and Ukraine held several rounds of talks after the invasion began, but they have made no progress and there is little prospect of a resumption.

“It (talks) will depend on how events unfold. We were ready before meeting (Zelenskiy),” Medvedev said.

In his comments, he also said that US weapons already supplied to Ukraine – such as HIMARS multiple rocket launchers – did not yet pose a substantial threat.

But that could change, he said, if weapons sent by the United States could hit targets at longer ranges.

“That means when this type of missile flies 70 km, it’s one thing,” he said. “But when it’s 300-400 km, it’s another, now it would be a threat directly to the territory of the Russian Federation.”

Read More: PUTIN IN TROUBLE AS UKRAINIAN ATTACK IN CRIMEA HAS ‘MAJOR PSYCHOLOGICAL EFFECT’ ON LEADER

McManus: Putin’s nuclear threat to Ukraine may not be a bluff